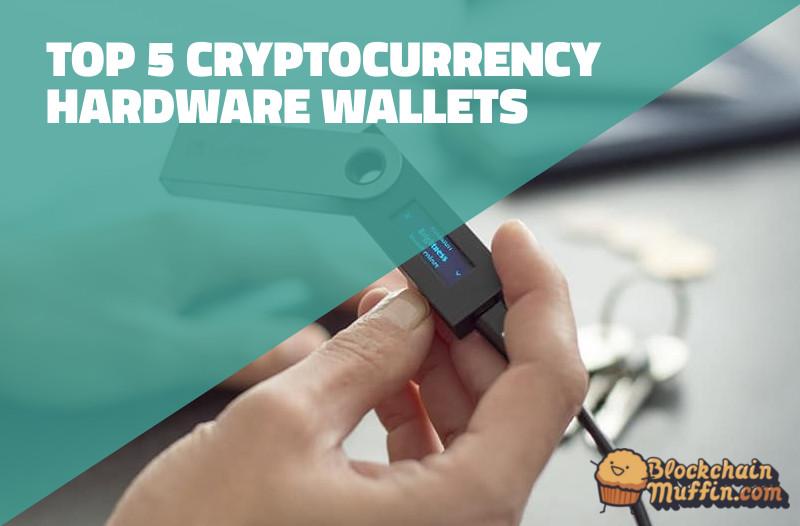 Bitcoin hardware wallets are a tamper-proof electronic device designed to store private keys of your coins in an offline setting.

A hardware wallet is a special type of bitcoin wallet which stores the user's private keys in a secure hardware device.

They have major advantages over standard software wallets:

Ledger Nano S is a hardware wallet that is used for the storage of and transactions in popular cryptocurrencies like Bitcoin, Ethereum and other popular altcoins like Litecoin, Bitcoin Cash, and ZCash. Powered by USB connectivity, Ledger Nano S includes firmware-level support for companion apps for various cryptocurrencies that allow users to send and receive cryptocurrency payments, check their accounts, and manage multiple addresses for each cryptocurrency from the same device.

Ledger has been creating hardware for Bitcoin security since 2014.

Since then it has received over $85 million in funding from some of the world’s top investors. Its most recent raise was for $75 million in January 2018.

At the moment the Nano S sells for $99 making it an affordable hardware wallet although somewhat more expensive than the competition. According to Ledger’s website, they have sold over 1,000,000 Ledger Nano S devices and have clients in over 165 countries:

TREZOR was launched in August 2014 by SatoshiLabs and is the world’s first Bitcoin hardwallet. It offers a combination of secure offline cold storage, as well as the ability to spend tokens with a similar convenience as a hot wallet.

One of the most distinguishing features of the TREZOR wallet is perhaps its appearance. It’s a small device about the size of a car-key that is capable of connecting to your computer via a USB cable. It is also capable of safely being used on a computer that has been infected with malware.

The most important feature of any wallet is its security. The TREZOR is often referred to as one of the best Bitcoin wallets for a reason – it does the job of keeping its users’ coins secure.

Since your coins are offline, it is nearly impossible to hack them without having access to the physical device.

There is usually a trade-off between security and convenience, and TREZOR attempts to offer the best of both worlds.

KeepKey is a secure Bitcoin hardware wallet that was launched in 2015. As a Hierarchical Deterministic (HD) wallet, KeepKey can be thought of as a miniature computer designed specifically for storing private keys.

In addition to bitcoin, the KeepKey wallet enables the storage and transaction of a variety of cryptocurrencies, including Ethereum, Litecoin, Dash, Dogecoin and Namecoin. This is ideal if you’re using multiple cryptocurrencies or looking to build a portfolio of digital assets.

KeepKey integrates with the wallet software on your computer by taking over private key generation, private key storage and transaction signing.

Keepkey currently sells for $129 and is the most expensive option of all top hardware wallets.

Model T is a successor of one of the most popular hardware wallets in cryptocurrency ecosystem – Trezor One. Compared to its previous model TREZOR One, the TREZOR Model T now has a touchscreen and no physical buttons. There are even more differences, which I will show in the following test report.

The Trezor Model T is highly portable because its size is just 2.52in x 1.54in x 0.39in (64mm x 39mm x 10mm), and it’s only 0.56oz (16g) in weight. Unlike the previous model’s OLED screen, the Trezor model T has an LCD screen with 240 x 240 pixels. The bright touch sensitive display has replaced the older version which had two navigation buttons.

ARCHOS, a French multinational electronics company, has announced that it is providing the cryptocurrency community with the ARCHOS Safe-T Mini, its first hardware wallet to prevent hacking attempts.

The ARCHOS Safe-T Mini provides cryptocurrency traders with a cold storage wallet, combining a high level of security for their crypto assets. The wallet is available to pre-order on amazon.com and archos.com for shipment starting Tuesday, 17th July 2018. It is priced at €49,99, £49,99, and $59,99. For the first time, ARCHOS will accept payment in Bitcoin on its online store.