What The F#ck is Bitcoin? | Beginner's Guide 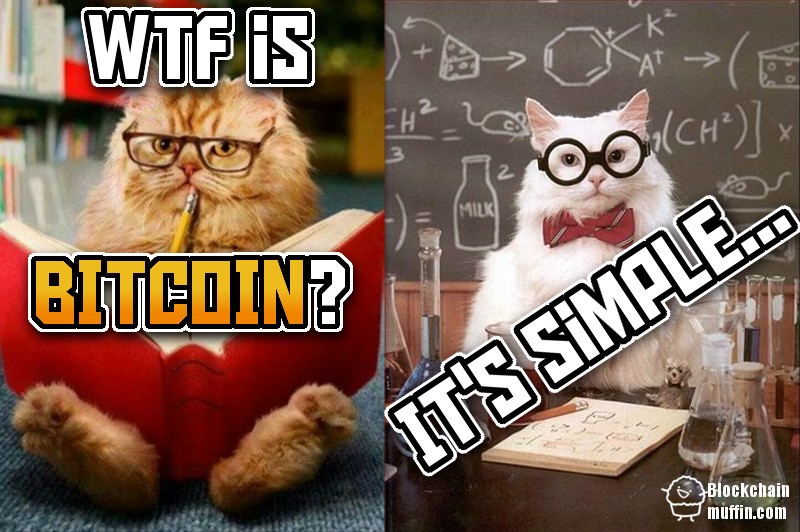 If you ever wonder what exactly is Bitcoin, in this article you can find necessary information about what is Bitcoin.

Bitcoin is not dependent on one organization or group of people. Bitcoin is a decentralized database of operations performed on bitcoin (transfer of funds), these operations are secured by special computers that secure the entire network.

Bitcoins blockchain can not be deceived, erased or changed in an already saved database. Bitcoin decentralization means that no one has total power over bitcoin, it is secured by computers around the world, wherever the Internet is available, you can start a mining rig to secure the network by encrypting it and calculating subsequent blocks, this machine earns money through provision from fund transactions.

Bitcoin can be regarded as something of a modern currency that exists only on the internet. It does not have a physical / paper version. Bitcoin is a decentralized currency (it does not have a central issuing institution), it is completely independent of governments, banks or corporations. Bitcoin is an Open Source project so everyone can check how it works. The bitcoin code is available on GitHub. (I tu link do githuba)


Currently, it is profitable to mine Bitcoin on machines with ASIC chips, eg Antminer S9 or Dragonmint T1. Of course, the transaction confirmation software can be installed on any computer, however, due to the increasing difficulty, it is no longer profitable - we will pay more for the electricity than we will mine. This transaction confirmation method is called Proof of Work (PoW)

Bitcoin has an amount limit, total amount is limited to 21 million, thanks to which, it is resistant to inflation. Btc is a currency which is anonymous in the sense that you can not see the name or infromation about sender or the reciver, but you can check each transaction, and the address of the wallet from which it was sent or received. If you are sending some BTC to your friend, you do not send this information directly to him only, but to the whole system network with a request to confirm, if the transaction is correct. Confirmation of the transaction must come several times.

Transactions are saved in so-called blocks. Each block has the hash of the previous block, the hash is generated cryptographically based on the content of the block, so the attempt to change the content of the already existing block will fail, because then, the hash will change and the next block will not match the previous one. Thanks to such protection, it is impossible to change the saved transaction history, it remains there forever and is publicly available in any bitcoin block explorer, eg: blockchain.info, live.blockcypher.com, blockchair.com