Will Ripple be the official cryptocurrency of the Tokyo Olympic Games in 2020? 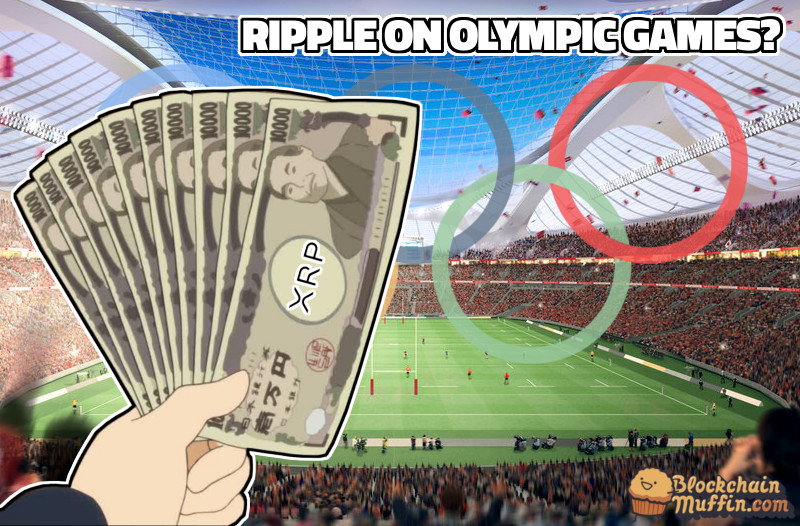 Ten months ago, Ken Takahashi initiated a petition at Change.org, which is to make XRP (Ripple) the official cryptocurrency of the Olympic Games in Tokyo in 2020. To date, he has already collected over 5,300 signatures from the 7,500 necessary to process the application.

Will Ripple be the official cryptocurrency of the Olympic Games in 2020? The petition collected over 5,000 signatures

One Cryptocurrency to rule them all

Takahashi started this petition, trying to solve the problem of many tourists who had to exchange their money for the currency of a given country. As in the case of the Olympic Games in Rio in 2016, in 2020, Tokyo will be attracted by people from around the world to watch the games. Takahashi writes:

“As tourists stream into the country, demand for the local currency skyrockets, causing long lines at currency exchanges, as seen at past events like Beijing 2008 and Rio de Janeiro 2016. Confusing exchange rates and language barriers further complicate the problem.”

Tests that consisted of sending money between the US and Mexico showed that the total transaction time could be short (few minutes), and the cost of sending money is lower than sending money in the traditional way. Takahashi claims that one cryptocurrency, easily convertible into fiat currencies, would solve the problems of tourists. The easier it is for people to get access to their money and convert it to local currency, the easier it can be spent money there.

Takahashi has set a goal, receiving 7,500 signatures for the survey before sending it to the National Olympic Committee.