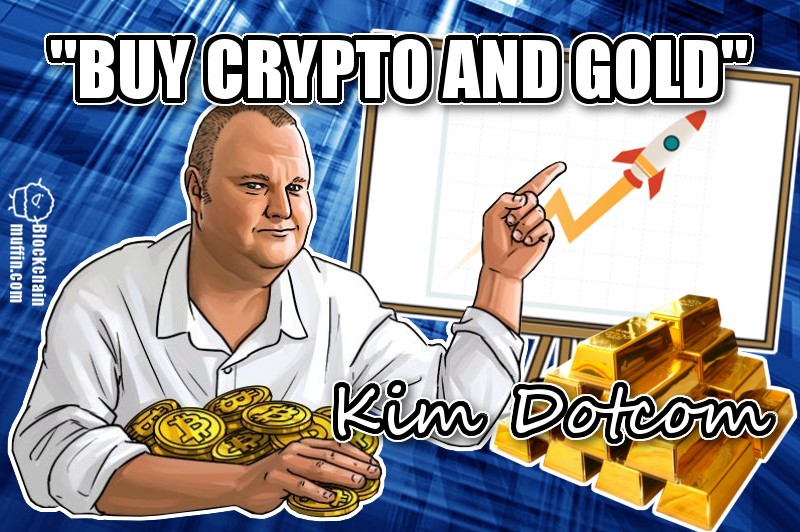 Kim Dotcom creator of MegaUpload belives that, the Big crash is comming. He prefer Gold and Bitcoin over US Dollar.

Entrepreneur Kim Dotcom, who in the past created a successful Megaupload platform, recently published a tweet on his profile for over 734,000 followers, in which he encourages people to invest in gold and cryptocurrency such as Bitcoin. He claims that the US dollar will "become worthless" because the US government adds $ 1 trillion to its debt each year, which will never be repaid. Debt will destroy the US and lead to a global economic slump.

Although Kim's tweet seems to be controversial, his warnings may not be unfounded. According to a recent report from the Congressional Budget Office, the federal deficit has increased by 20% in the last 10 months. From October 1 to July, expenses exceeded revenues by $ 682 billion, $ 116 billion more than in the corresponding period of the previous tax year.

In previous tweets, Dotcom explained his observations. In one of them he quoted the finance minister of Russia, who noted that the country reduced investments in US assets and considered USD as a "risky payment tool". The entrepreneur also added that the average debt per family in the United States is now USD 845,000.

Probably the US deficit will reach 793 billion dollars at the end of the year and will approach $ 1 trillion in 2019. Probably interest repayments related to debt servicing will be the fastest growing annual expenses. In 30 years, debt service will exceed defense and social security expenses.